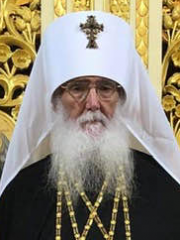 Bishop Cherubim was elected as Metropolitan and President of the Holy Synod following the repose of Met. Angelos of Avlona. A disciple of Met. Angelos since 1979, Met. Cherubim joined the Monastery of St. Michael the Archangel in 1981. He …

Memory Eternal! The North American vicariate was established by Met. Angelos and we will always remember him in our prayers! 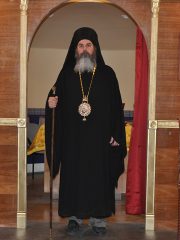 Abp. Irineos was a founding member of Holy Annunciation Orthodox Church, after joining the GOC from the OCA.  In June 2015, he was tonsured a Rassophore monk. During a visit to the synod in Greece in November 2015, Fr. Irineos … 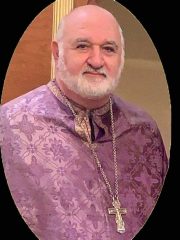 Rev. Fr. Elias Greer (Grivakos), came from Greece with his family as a child.  He was commissioned a Second Lieutenant in the U.S. Air Force upon college graduation. Serving his obligation in the Air Force as a pilot, he was … 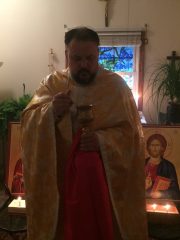 Priest at Church of the Entrance of the Holy Theotokos into the Temple (Columbus, OH)

Fr. Sam Rake, and his wife Matushka Kristal moved to Vienna WV in 2015 with the directive to establish an Orthodox Mission somewhere in the Appalachian region. Due to some issues with his former jurisdiction, Fr. Sam chose to suspend …

Fr. Petru was ordained in the Moscow Patriarchate in 1996 and served in Moldovia.  As a result of growing ecumenism in his jurisdiction, he functioned as a TOC priest in Romania.  Upon immigrating to the United States, Fr. Petru petitioned …